Somewhere in the Pacific, serving with the famed 2nd Marine Division 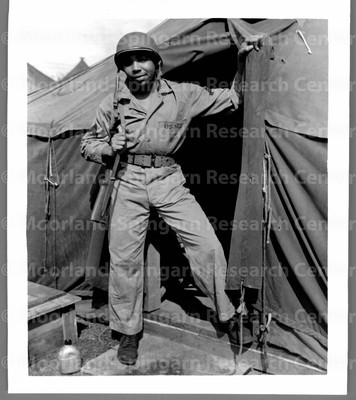 Somewhere in the Pacific, serving with the famed 2nd Marine Division, is Marine Private First Class William M. Wyatt, Jr., 20, of 203 Filbert Street, Norfolk, Virginia. A graduate of Booker T. Washington High School where he played football and basketball (June, 1943), he was inducted into the Marine Corps in July, 1943, promoted to private first class March 31, 1944. His parents live at the above mentioned address. He has been overseas for several months.