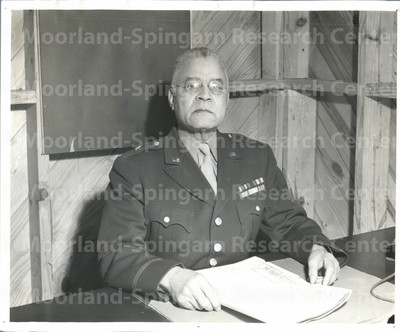 Brig. Gen. Benjamin O. Davis, Sr., of the Inspector General's Office in Washington, made an official tour of inspection of the Tuskegee Army Flying School. This was the third of the official tours, his first being in August 1941, and his second in April 1942. While visiting the air base, he was the guest of his son, Lt. Col. Benjamin O. Davis, Jr. At the completion of his tour he returned to Washington, D.C.